A new Mediterranean restaurant on South End, a forthcoming HMV, and closure of Little Hungary 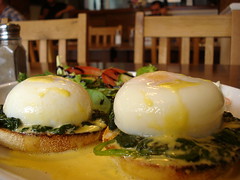 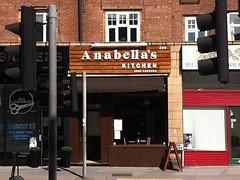 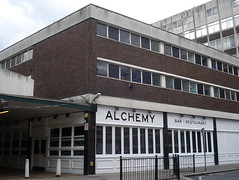 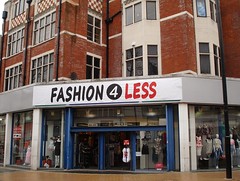 A Mediterranean restaurant called Anabella’s Kitchen has opened at 299 High Street, where Buenos Aires used to be. It's currently open for breakfast and lunch every day, and for dinner on Thursday to Sunday.

Little Hungary at 35 St George’s Walk has closed, as have Cheque Centre at 31 George Street and Well Suited at 1032 Whitgift Centre.

After a few months of uncertainly, it now definitely seems that The Goodness at 92 High Street (previously Tacolisa at 90 High Street) has closed for good. (If you know otherwise, we’d love to hear from you!)

Indications are that 28–30 St George’s Walk (previously Victoria Island) will at some point be reopening as a bar/restaurant called Alchemy.

A branch of HMV is due to open soon at 38–40 North End. This was previously JJB Sports, and is currently a temporary shop called Fashion 4 Less. Fashion 4 Less is now holding a closing-down sale, and its last day of trading will be Sunday 17 August.

Further signs of life have been spotted in relation to the Folly at 13–15 Selsdon Road, in that Star Pubs & Bars (a division of Heineken UK) have applied for planning permission for fascia signs reading “Gus O’Connors Irish Bar”. This application was refused by Croydon Council due to the use of floodlighting, but it seems likely that an amended application will go in soon.

Panini Cafe at 106 High Street is temporarily closed. According to a sign on the frontage, it will reopen on Tuesday 26 August.

Apex College, previously at 18 George Street, has moved to Brixton.