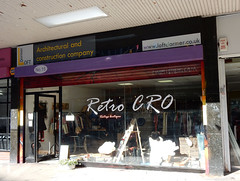 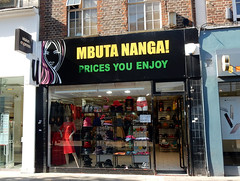 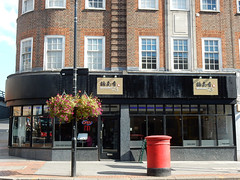 Mae Ping at 18 South End has also closed, but will be replaced by a Vietnamese restaurant.

Other closures remain vacant at the time of writing: H Purchen at 168 North End, Home Living at 34–36 North End, Top Trendz at 34–36 Church Street, the Age UK charity shop at 46 Church Street, and the Outside In internet cafe at 6 The Arcade, 32–34 High Street.

The ex-Everyday’s at 87–89 High Street is under refurbishment to open as a branch of Rodeos American grill.

The Gypsy Tavern at 12a Station Road has been renamed to the Phoenix.

Ideal Beauty at 42 London Road (previously 40–42) has been renamed to Gina. It’s also shrunk to half its size, with number 40 being taken over by Pound Plus Bargain.

Miso Noodle Bar at 103–105 High Street has been renamed to Noodle 23. It is no longer connected to the branch of Miso at 11–12 Suffolk House, George Street.