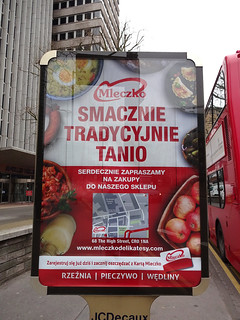 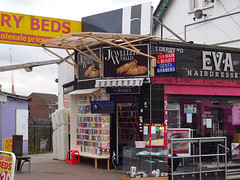 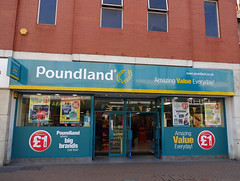 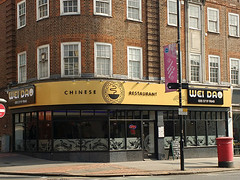 A Polish delicatessen called Mleczko has opened at 68 High Street (previously Black Sheep Bar). This is the first South London outpost of an established West London chain, and its opening in Croydon has been accompanied by something of an advertising blitz, with posters at tram stops, on buses, and alongside roads.

A sweet shop called American Candy has opened at Unit 63, Centrale, unsurprisingly specialising in American sweets but also stocking a few savoury things as well as some very Scottish-looking treats. Un-Americanly, it is cash only.

Yet another mobile phone accessories shop has opened at 1 Derby Road. It seems not to have its own sign yet, so can be found under that of its predecessor, Jewellery World. (It also, for some reason, sells popcorn.)

Gelattiamo at 187 London Road has closed, but the premises are being refitted to open as a “vape & coffee shop” called Smoketronics.

Fashion Gems at 104 North End has closed, though it seems like something else is coming soon — when we wandered past the other weekend, the shop was undergoing quite a drastic refurbishment involving multiple people and power tools.

The Hawkin’s Bazaar branch at Unit 64, Centrale has closed, as has Fabric Warehouse at Unit 74, Centrale, as has the 99p Stores branch at 12–18 Crown Hill (see below for news on its North End branch).

The charity Crisis has been granted planning permission to open a day centre for homeless people at Bridge House, 11–19 Surrey Street, formerly the Surrey Streatery.

99p Stores at 139 North End has transformed into a branch of Poundland. One hopes they have also fixed the previous terrible layout that made it impossible to escape the shop without spending half an hour circling the central aisles in the hope of catching a glimpse of the way out.

Noodle 23 at 103–105 High Street has rebranded to Wei Dao, though little else seems to have changed, and the menu is still the same.

Finally, the plan to open a branch of Rodeos burgers at 87–89 High Street appears to have been definitively abandoned.