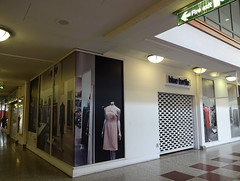 It was previously a homewares and gift shop called Blue Turtle photo, selling things like scented candles, incense, scented oils, picture frames, and vases. As of September 2016 this had signs up advertising a closing-down sale, and as of November 2016 it had closed.