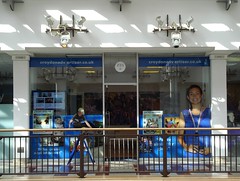 It was previously used as a satellite office for the Croydon Advertiser, but according to journalist Gareth Davies, the newspaper "lost access to the space" in 2016 "when bosses forgot to renew the lease".