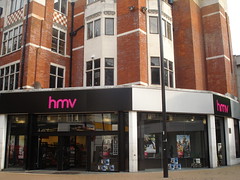 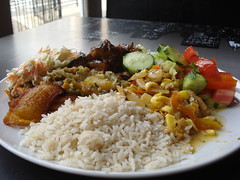 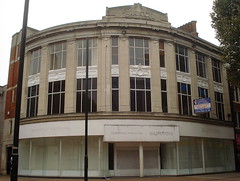 Alchemy at 28–30 St George’s Walk is also open, with a Caribbean buffet at lunchtimes and a restaurant menu in the evenings.

A discount clothes shop called Magenta has opened in Units 31–32 on the lower level of the Whitgift Centre.

The old Salvation Army hall at 47 Tamworth Road, most recently occupied by the Croydon Muscle & Fitness Gym, is now home to the Vine Branch Church (though we’re not entirely sure if it’s open for business yet).

Dorothy Perkins/Burton at 34–36 North End has closed, as has Caffe Nosh at 47 St George's Walk.

Following Phones 4U’s move into administration, its branches at 65–67 North End and Units 94–95 in the Whitgift Centre have closed (though possibly only temporarily).

Perfect Chicken/Chat Patta/Mr Pizza at 55 London Road has also closed, though it looks like a new eat-in restaurant will be opening there soon.

A new restaurant called Yumn Brasserie is due to open soon at 69–71 South End. According to their Twitter account, this will be “An exciting new dining experience offering a wide range of meals from French cuisine to dry-aged steaks and gourmet burgers”.