New openings: a cafe, a phone shop, and a pound shop; closures including Burger King and Fresh Sea Food City 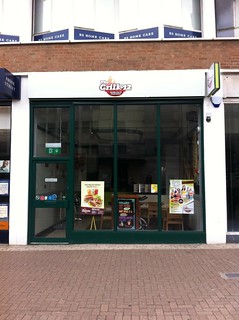 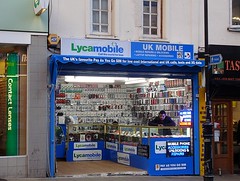 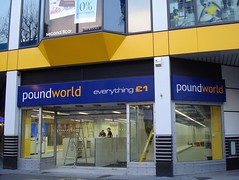 A mobile phone repairs/unlocking/accessories shop called UK Mobile has opened at 21 Church Street, where Cow & Chicken used to be.

The old HMV site on North End has become a pound shop called Poundworld. According to the Croydon Advertiser and Croydon Guardian, it's marketing itself as a rival to Poundland in the Whitgift Centre.

Burger King at 87-89 North End has closed, though the nearby branch at 41 Church Street remains open.

Fresh Sea Food City at 35 Church Street has closed. Fish-lovers need not despair, however; the longer-standing (and unrelated) Fresh Fish of Croydon and Surrey at 25 Church Street is still going strong, as is its second branch, Sea Food Supermarket, at 62 High Street.

Vismaya Supermarket at 204 London Road is now known as Ellalan Convenience Store. It's a fairly standard convenience store, but notable for having a few interesting bottled real ales.

Victoria Island Lounge at 28-30 St George's Walk may have closed — we haven't seen it open for a while now.

It's also been a few months since we last saw R & R's at 63-65 High Street open — has it gone the same way as its short-lived predecessor La Rochelle?