Croydon Pop-Up Emporium! Plus a new Italian restaurant on South End and a new Chinese takeaway on Selson Road 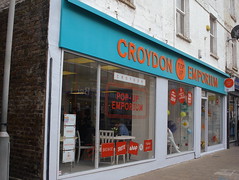 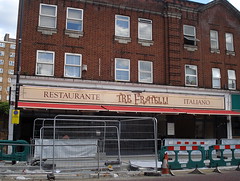 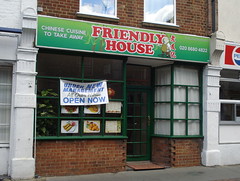 Croydon Council's pop-up shop, previously at 81 Church Street, has reopened in larger premises at 86–88 Church Street. It's now known as Croydon Emporium and features multiple businesses including a cafe, a vintage clothing shop, a kaftan shop, and various other clothes shops.

An Italian restaurant called Tre Fratelli has opened at 25-29 South End, where Conchitas used to be.

A Chinese takeaway called Friendly House has opened at 9 Selsdon Road, where Gourmet Kitchen used to be.

A new branch of Streets Ahead has opened at 263 High Street, where Redhill Appliances used to be.

A shipping and money transfer company called Map Express Cargo has either already opened or is soon to open at 308 High Street, where Polskie & I used to be.

A notice has appeared in the window of 299 High Street (previously Buenos Aires), stating that a “New Cafe/Bistro” will be opening there soon.