Heroes and Legends closes, Foxtons sets its sights on Croydon, and various places change their names 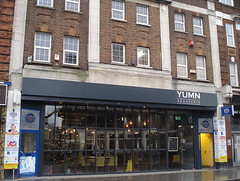 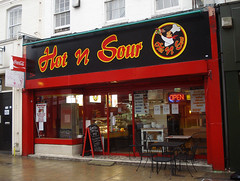 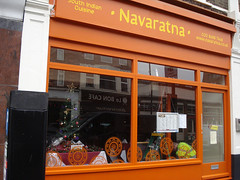 A European-inspired restaurant called Yumn Brasserie has opened at 69–71 South End. This fills a building that had been vacant for several years, which is always pleasing to see.

A new branch of Morrisons M Local has opened at 6a Lansdowne Road, and a dry cleaners called Time Dry Cleaners has opened at 90 High Street (where Tacolisa used to be).

Estate agent Foxtons has been granted planning permission to install a shopfront at 2–4 High Street.

Star Pubs & Bars (a division of Heineken UK) has been granted planning permission for new signage at The Folly, 13–15 Selsdon Road. The designs (PDF) look relatively upmarket, though it remains to be seen what the end result will actually be.

Several places have changed name over the past few weeks. Bombay 7 at 60 South End has rebranded to Navaratna, though the menu remains the same. Marco Aldany at 7–9 Crown Hill has rebranded to Millimetre. Croydon Tech Connect at 6 Station Road is now Imran Repair Centre.

Finally, the Italian restaurant in the Lansdowne Hotel has changed its name yet again, from Buongiorno Burgers to Salve. One wonders what it might be called in six months’ time.