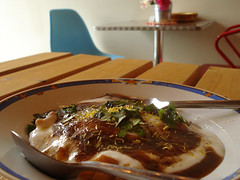 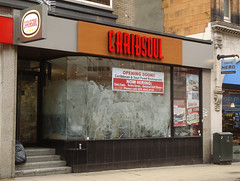 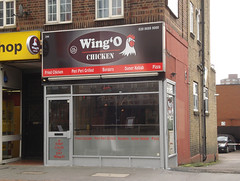 An Indian cafe called Behtareen has opened at 1 Dingwall Road. It specialises in “street food” and snacks such as chana chaat (pictured).

63 South End is under refurbishment to open as a cocktail bar called Playground.

Signage for a new Caribbean and soul food restaurant called Caribsoul has appeared at 46 George Street (previously Wimpy), though there’s no indication of when it’s due to open.

87–89 High Street also has a new sign for a business called “Everyday’s” — in this case there’s not even an indication of what the new business will be.

Finally, Sea Food Supermarket at 62 High Street has moved to 21 Surrey Street and renamed itself to Croydon Quality Fish.