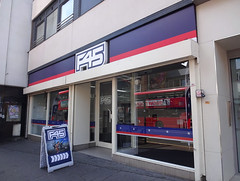 Gym on the High Street. It opened some time around May 2018.

It was previously a payday loan and hire purchase shop and gold buyer called Cash Generator photo, but this closed some time between April and November 2014 photo.