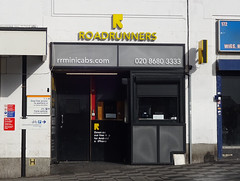 According to Ward's and Kent's street directories, in the 1930s and 1950s the premises were occupied by Davies Baby Carriages. The London Tramways website has a photo of the shopfront around this time.