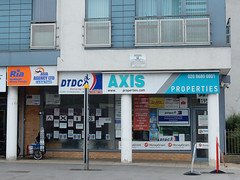 Some time between December 2014 and July 2015, Zaar Properties became Axis Properties. Ur Travel initially appeared to still be in place, but by September 2015 had moved to Lewisham.