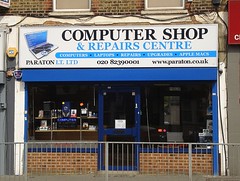 Note: As of late 2014 we haven't seen this open for a while; it may have closed down.