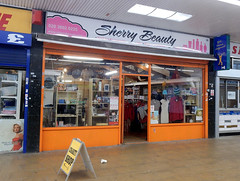 Charity shop on St George's Walk. It was previously a couple of doors down at numbers 37-39, but moved here in 2015.

Note: As of May 2016 we haven't seen this open for a while. It may have moved on again.