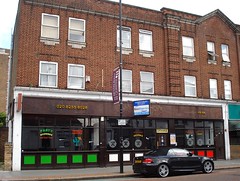 As of January 2013 the premises were vacant and advertised to let photo, and this remained the case as of July 2013 (pictured). Still vacant as of October 2013.

As of April 2014 it's under refurbishment, though we aren't yet sure what it's going to be.