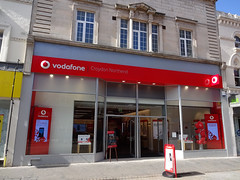 Note: As of March 2016, it's undergoing refurbishment photo and is due to reopen on 23 March.