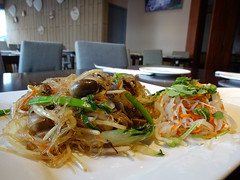 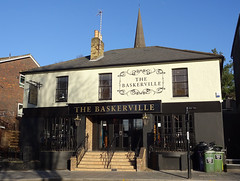 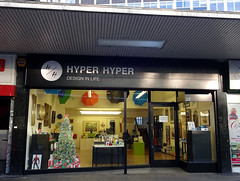 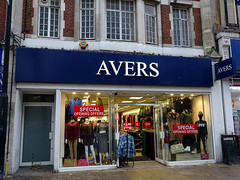 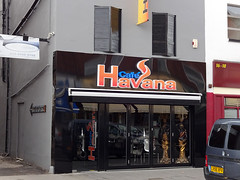 We have several interesting food-and-drink-related openings to report! Firstly, a Vietnamese restaurant, Cát Bà Island, has opened at 18 South End, replacing Mae Ping. It caters for vegetarians and vegans as well as meat-eaters, with vegan options including bánh cuốn (Vietnamese pancakes), phở (noodle soup), glass noodles with vegetables, and more. Omnivores may also be interested in their grilled quail, their lotus stem and king prawn salad, or their tomato and whelk noodle soup.

Pizzeria Pellone, an Italian restaurant specialising in Neapolitan-style pizza cooked in a wood-fired oven, has opened at 256 High Street. Just across the side street from there, a cocktail bar called South Beats has opened at 282 High Street (previously the Half & Half).

The old premises of The Folly at 13–15 Selsdon Road have been brought back into use after several years of vacancy as The Baskerville, a pub with real ale, cocktails, and pub food, not to mention interesting brickwork and flooring.

The old premises of Babylon Buffet[1] at 151 North End are now occupied by a buffet called Lotus World Buffet and a Chettinadu restaurant called Karaikudi. When we visited on Karaikudi’s opening day, we tried out a very tasty masala dosa priced at just £2.99.

It’s not just restaurants and bars, though. Hyper Hyper, an art gallery and modern designer homewares shop, has opened at 20 St George’s Walk. When we popped in, the stock included some very cool-looking coffee cups and a flavour-your-own gin kit.

A gift shop called Menkind has opened at Unit 31–32, Whitgift Centre Lower Level. It advertises itself as offering gifts “for men”, though judging from the selection on its website most of its stock also seems to be of potential use and interest to people who aren’t men.

A clothes shop called Avers has opened at 32 North End, replacing Pavers shoe shop. One can only applaud the ingenious recycling of the previous shop sign.

Other new openings include a “head shop” and “lifestyle accessories” shop called Skunk House at 213 High Street, a branch of Hawkin’s Bazaar at Unit 64 in Centrale, a gift shop called Petals at Unit 3 in Centrale, a currently-nameless bag shop at 46 Church Street, a beauty shop called Shaba Hair & Cosmetics at 34–36 Church Street, a nail bar called Perfect Nails at 78d Frith Road, another nail bar called Get Nailed! at 189b London Road, and a dressmakers called Phegiron House of Fashion at 187a London Road. Finally, a Chinese medicine centre called Herb China has either already opened or is about to open at 31 George Street.

There are also several food-related closures. Finjan at 74 London Road has closed and will be replaced by a hair/nail salon. Lusitano Stores at 19a St George’s Walk, Wing’O Chicken at 244 High Street, and Cafe Bite Out at 65 Church Street have also closed. The interior of Cafe Bite Out has been stripped out but work is going on inside, so it seems it may reopen as something else. Finally, Alfie de Alfie at 81 Church Street has probably closed, though it might just be undergoing refurbishment.

38 South End is under refurbishment to open as a “gourmet burger grill” called Havana. The same people also seem to have 20 South End, which currently has a frontage reading Cafe Havana.

Clive Mitchell at 28 Church Street is now officially known as Gerrys At Home — a name it’s been using for a good few years, but now at last it has a corresponding sign.

Finally, Pizzeria Di Prato at 152 London Road has stopped doing pizzas and reverted to its old name of Adams Cafe.