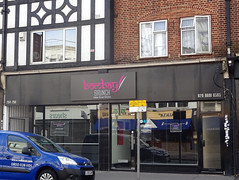 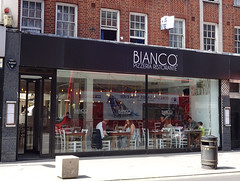 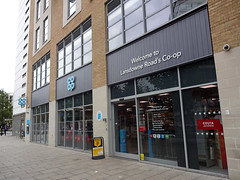 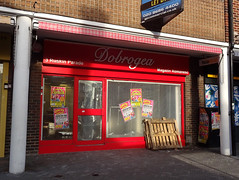 The Co-op is expanding its operations in Croydon, with a new supermarket at 6a Lansdowne Road (replacing the previous My Local) and another branch of its funeral services at 2 Brighton Road.

There are two new clothes shops in the Whitgift Centre: a branch of discount clothes chain Choice in Units 98–99, and Bella in Unit 161.

Bella Italia at 18 George Street has closed, as has Cafe Leon at Leon House, 233 High Street.

There are several closures to report in the Whitgift Centre and Centrale. (We don't survey Centrale very often, so some of these closures might have happened a while ago.) Whitgift closures are Multiyork in Units 1040–1042, Spirit in Units 21–22, Anna in Unit 123, Virgin Media in Unit 122, and BHS in Units 69–73, while Centrale has lost American Candy in Unit 63, Oxygen Red in Units 13–17, and Petals in Unit 3.

3 Ruskin Parade (on Selsdon Road) is currently under refurbishment to open as a Romanian shop called Dobrogea.

Food delivery firm Deliveroo has arrived in Croydon, with several restaurants and a wine shop signed up at the time of writing.

The gym at 44 Surrey Street previously run by Virgin Active has been taken over by Nuffield Health. Chihetos at 8 Ye Market (Selsdon Road) has become Baraka Chicken & Pizza, though we’re not sure it’s still open even under that name. Pizzeria Pellone at 256 High Street has been renamed to 500 Degrees, but remains under the same ownership.

Finally, Ciao Bella at 54 Surrey Street is (temporarily?) closed and undergoing some sort of refurbishment.