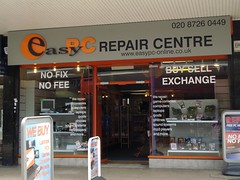 It was previously a computer repair shop called Easy PC Repair Centre, but this closed down some time in 2016 or early 2017 (probably 2016; as of June 2017 there's still a notice outside photo stating that the landlords took possession in October 2016).