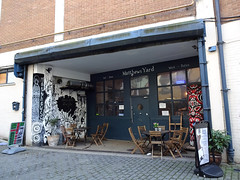 Food and drink were previously provided by Brgr & Beer, an independent business hosted within the space, but this had its last day there on 2 February 2019. It was replaced by The Vegan Grill.