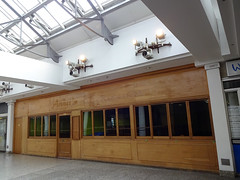 It was previously a Thai restaurant called Montien photo, but as of January 2016 there was a notice in the window dated September 2015 stating that the landlord (Whitgift Limited Partnership) had repossessed the premises photo.