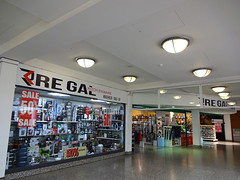 Kitchenwares shop on the upper level of the Whitgift Centre. It also has an entrance on North End photo.

It has another branch at 175 North End. It was previously located in Croydon Village Outlet, but moved here by October 2019 photo of notice.