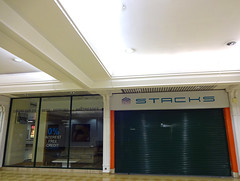 It was previously occupied by a homewares and furniture shop called Stacks photo, which opened some time between June 2015 and January 2016, but this closed down again some time between April 2017 and June 2018.