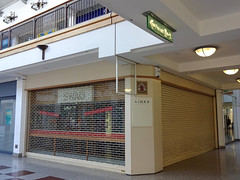 It was previously occupied by a branch of Swag jewellers photo, but this closed down some time between April 2017 and July 2018. According to an advert in the Croydon Guardian (3 October 2012), they also bought gold.