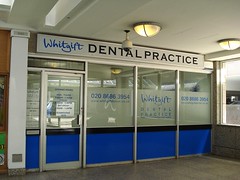 It was previously a dentists called Whitgift Dental Practice, but in early 2016 this moved after 46 years in the centre, to 70 Chatsworth Road, CR0 1HB photo of sign.