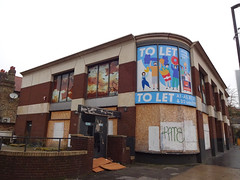 Business premises on Park Street, vacant as of January 2019.

It was previously a bar/club/late-night pub called Bad Apple, which opened in February 2012 but closed down again at the end of 2018.