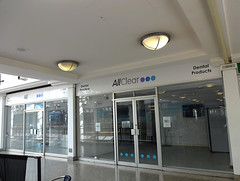 It was previously a dental practice called All Clear photo, but this moved to 5 Norfolk House, Wellesley Road around March 2017 due to the impending redevelopment of the Whitgift Centre photo of notice.