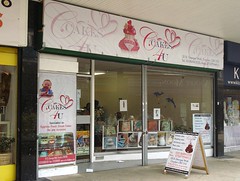 It was previously a cake shop called Cakes 4 U, but this closed down in August or September 2018 due to redevelopment of the entire block. According to a notice in the window photo they're trying to relocate elsewhere in Croydon but for the meantime are operating via phone or Facebook only.