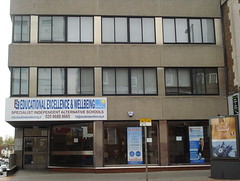 School on the High Street, run by Educational Excellence & Wellbeing.