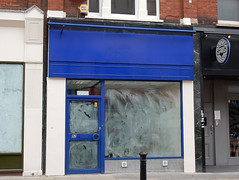 As of March 2019, planning permission had been granted for a chicken shop called Pepe's Piri Piri, but as of early May there are no signs of this yet.

It was previously a recruitment agency called Reed photo, but this closed some time between February 2015 and July 2015.