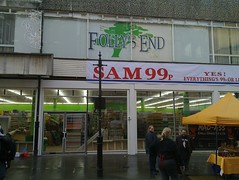 As of November 2012, it was being refitted, with a sign up saying it would become a branch of Sams 99p pound shop. As of mid-December 2012 there's already some stock inside, including Christmas cards, so it looks like they intend to open before Christmas.