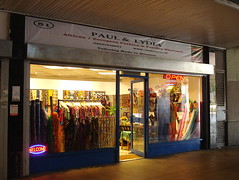 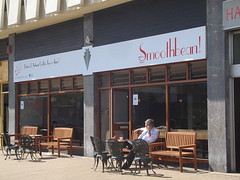 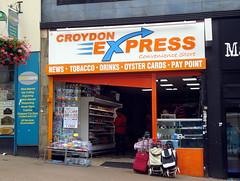 A new clothes shop has opened at 83 North End, where Unze used to be. There’s currently no name on the frontage, but the owner told us he’s thinking of calling it “Miss Selfie”.

There’s also another possibly-new clothes shop on North End: Love London Fashion at 135a North End has reopened, we suspect under different management from before. It’s not clear if it will be keeping the same name.

Totstars Academy, a new children’s sports centre, has opened at 41–42 Keeley Road (round the back of Centrale).

Two openings to report in the Whitgift Centre: Bags 4U, a new bag shop in Unit 144, Lower Level, and Spirit, a new clothes shop in Units 21–22, Sainsbury’s Square.

Smoothbean, the coffee and juice shop reported as “coming soon” in a previous update, is now open at 2–3 Dingwall Road, offering coffee, cakes, freshly-squeezed juice, and a small but daily-changing lunch menu.

Similarly, Croydon Express, the convenience store at 5 Crown Hill mentioned in our last update, has definitely now opened — a display of loom bands takes pride of place outside.

Barratts at 30–32 North End has rebranded to Pavers.

The Lansdowne Hotel restaurant has changed its name from Cotto e Mangiato to Buongiorno Burgers and now, unsurprisingly, specialises in burgers (though still with an Italian theme).