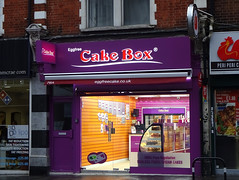 Cake shop on the High Street. It opened some time around early 2019.

Before this it was a convenience store called Quick Stop Food & Wine photo, which closed some time between February 2013 and July 2013 photo.