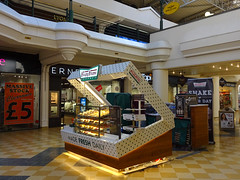 Doughnut stall on the lower level of the Whitgift Centre. It opened in early 2016, initially in Allders Square photo, but some time between May and September 2016 it moved to The Mall.