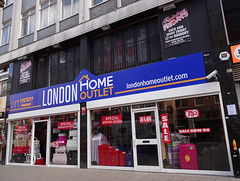 It was previously a homewares shop called London Home Outlet, but in late August or early September 2018 this moved down the road to Croydon Village Outlet due to the redevelopment plans photo of notice.