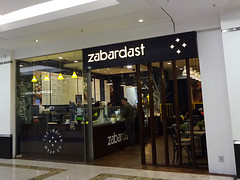 Cafe in Centrale, specialising in Indian wraps and biryani. It has plenty of seating.

The original one is on Dingwall Road. The Centrale branch opened on 1 November 2017.