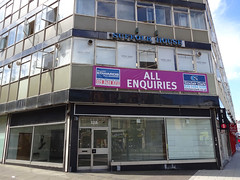 Business premises on George Street near East Croydon Station, vacant as of July 2016.

It was previously a printing and copying shop called Minuteman Press photo, but this moved to 19 Stafford Road, CR0 4NG in June 2016.