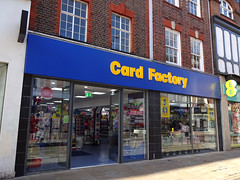 As of June 2018 it was covered in scaffolding photo, but as of August 2018 the scaffolding has come down and there seems to be some shopfitting work going on, possibly including amalgamating it with number 85 next door.